As you all know, App Store & Google Play are the two largest app stores means every developer who wants his app to live and monetize should pay attention to App Store Optimization (ASO). Right ASO strategy is extremely important and may boost an app straight to the top or either ruin it. So if you’re eager to increase organic downloads and hike your app’s search ranking you should take a closer look at Google Play and AppStore optimization specific aspects.

First of all, note that both Apple and Google release their operating system updates on a regular basis and every time that brings some changes to store as well.

There are a few main guidelines to adjust application icon in AppStore & Google Play.

However, a while ago Android published a new icon design specifications proclaiming a “new icon system to better fit diverse developer artwork to Google Play's various UI layouts, form factors, and devices, as well as to bring consistency and a cleaner look to Google Play”. From now all icons would be uniformed.

This rule kicks in soon. All developers should upload a new icon to Google Console by June 24.

Keep in mind that AppStore will not allow using weapons on icons. It affects shooting games the most: they should better keep icon with guns for Google Play.

...or be completely different 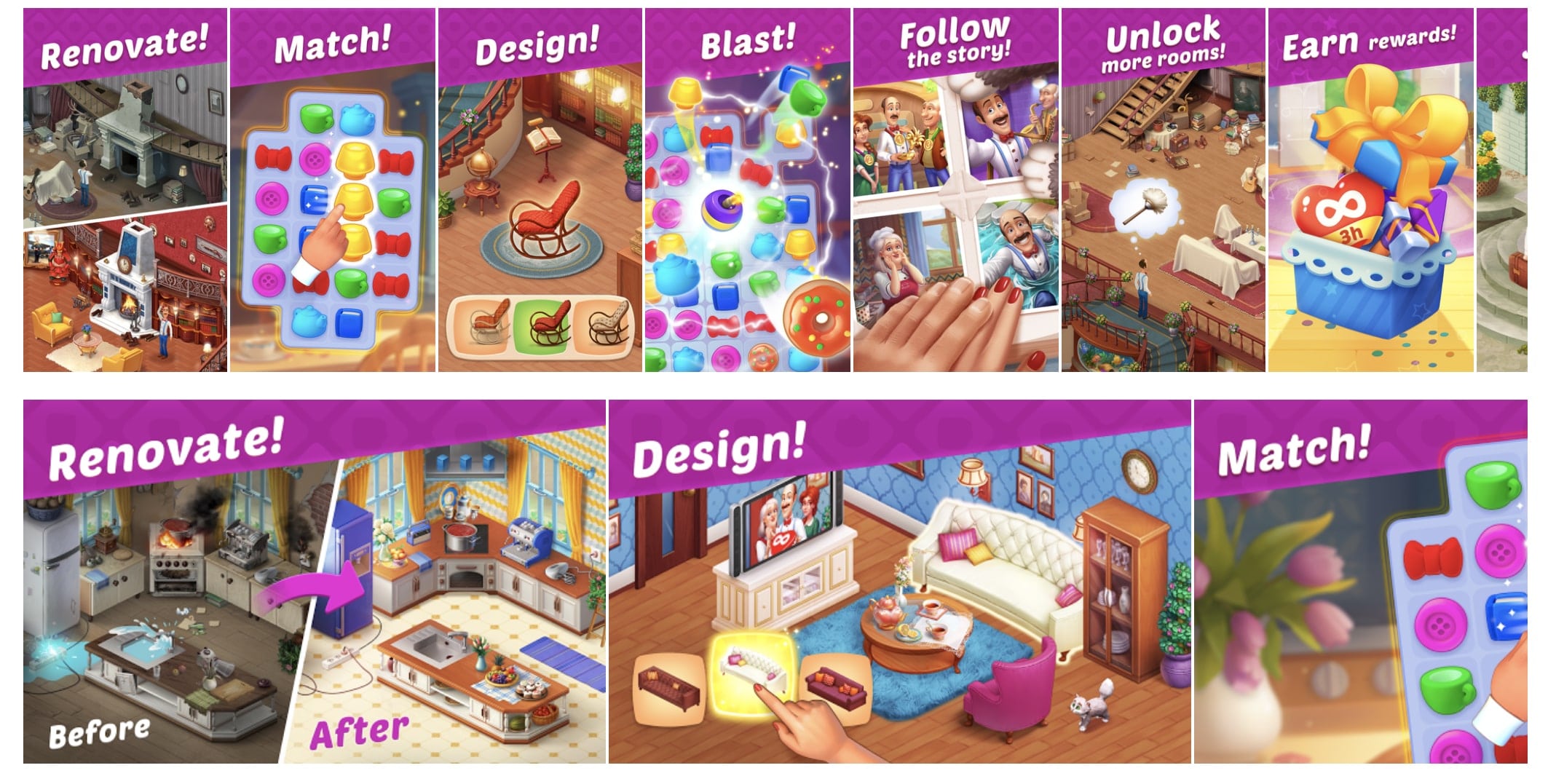 One of the ways to make your screenshots more catchy is to create a set of connected screenshots when each screenshot is the beginning of the next one. You can do it both for landscape and portrait screenshots. 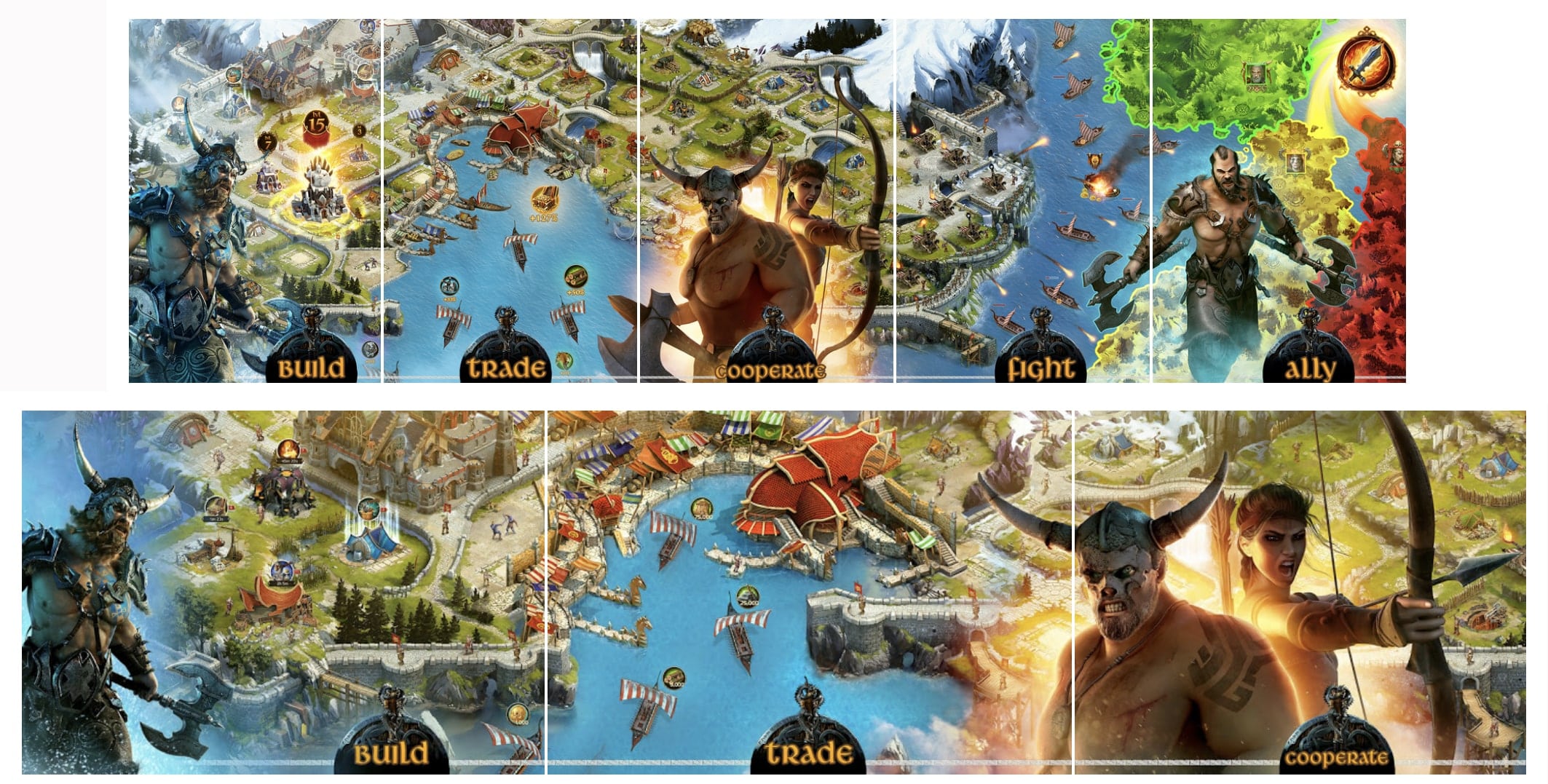 You can also localize your screenshots if needed in order to reach more target audience. Personalized approach is always better! 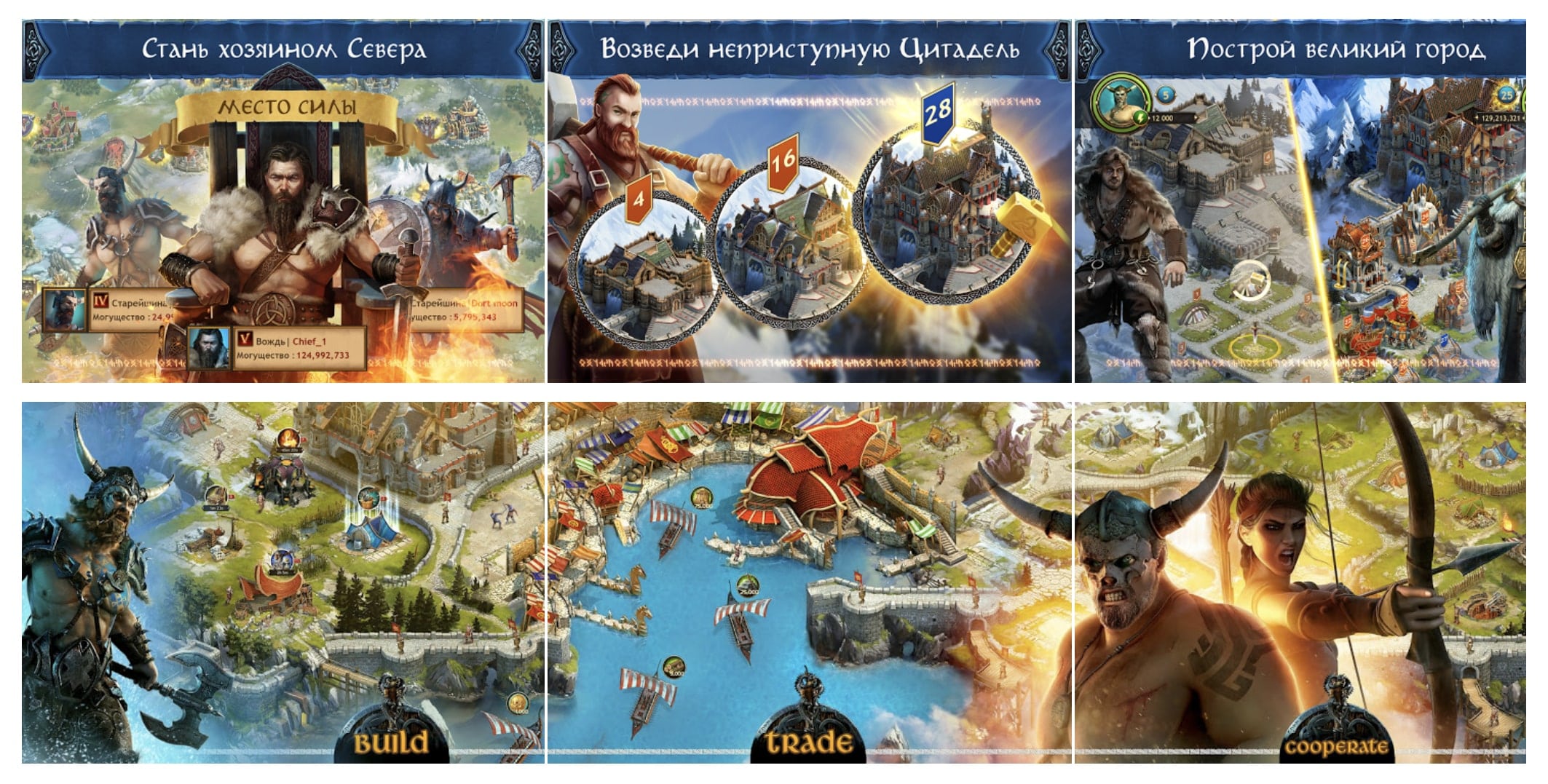 “No violence policy” of App Store works here too. For example, Top 10 Action application Sniper 3D Gun Shooter avoids people being victims or killers in their screenshots in App Store. 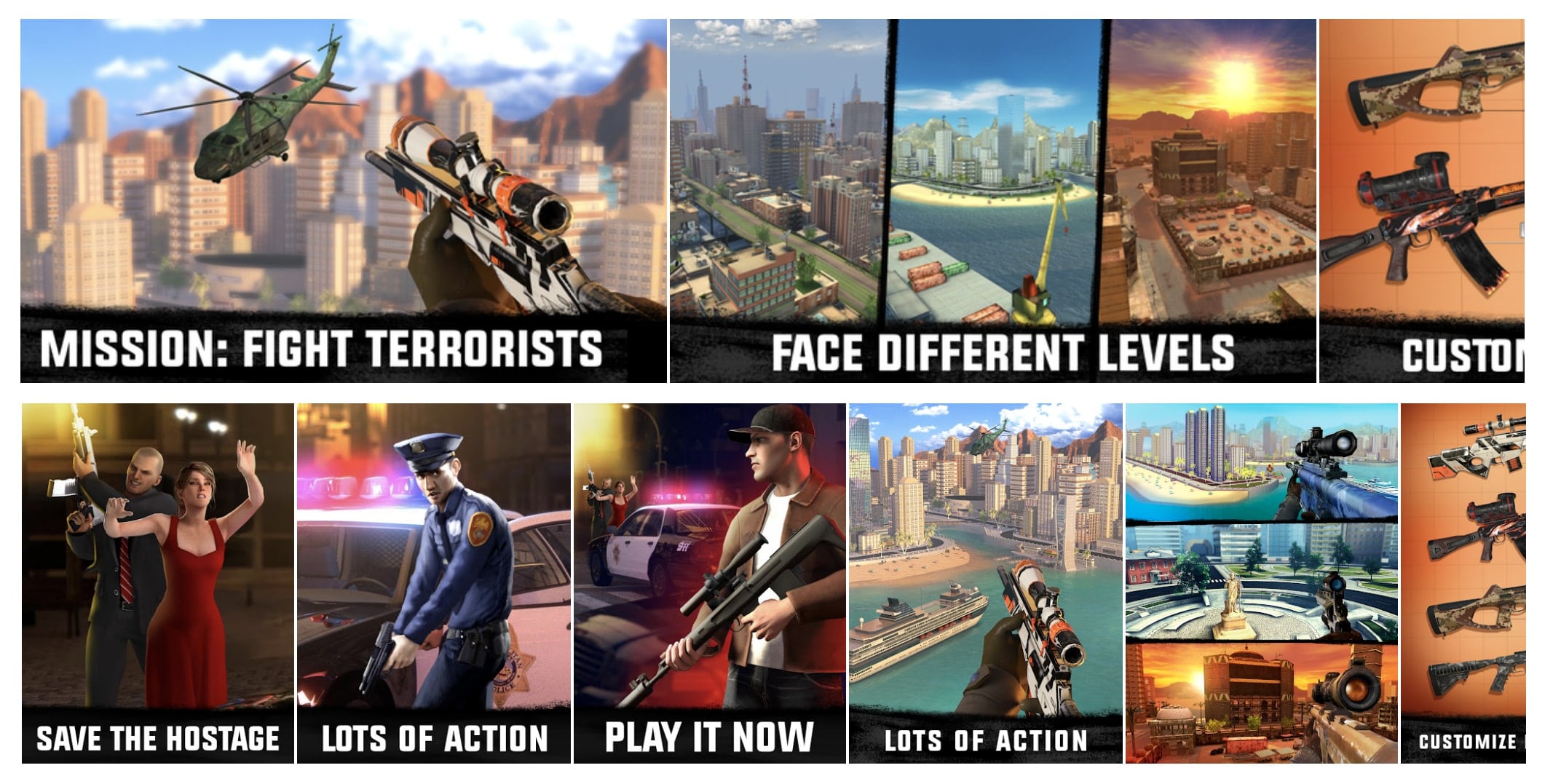 A category is an aspect important for Top Charts ranking as the application will be shown in category charts. App Store allows one main category and one subcategory for apps and two subcategories for games.

In both stores, App name is one of the most important factors since that field comprises main keywords.
In Apple App Store app name can be up to 30 characters long, in Google Play - up to 50 characters and usually developers use it to mention as many keywords as they can :) 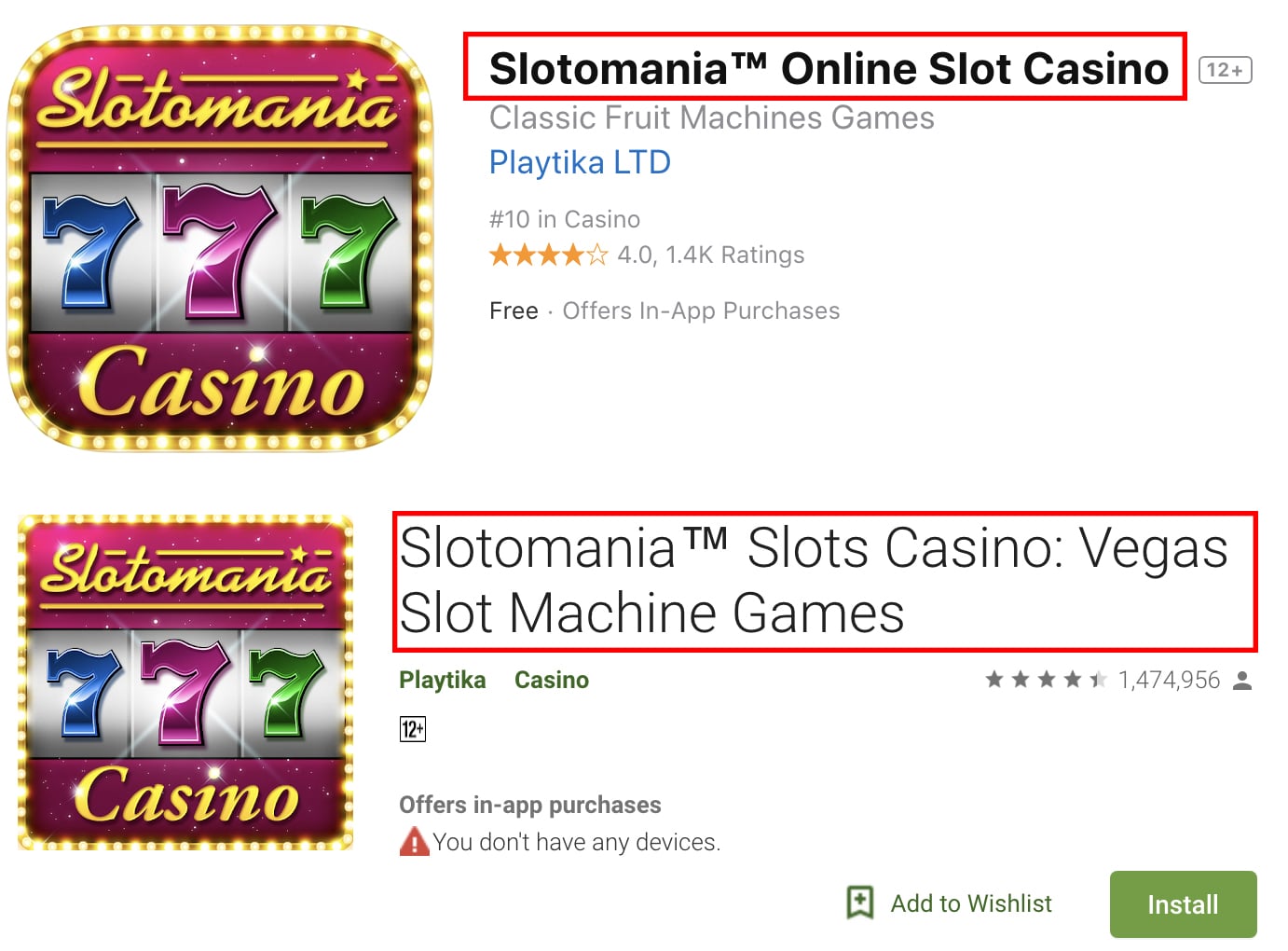 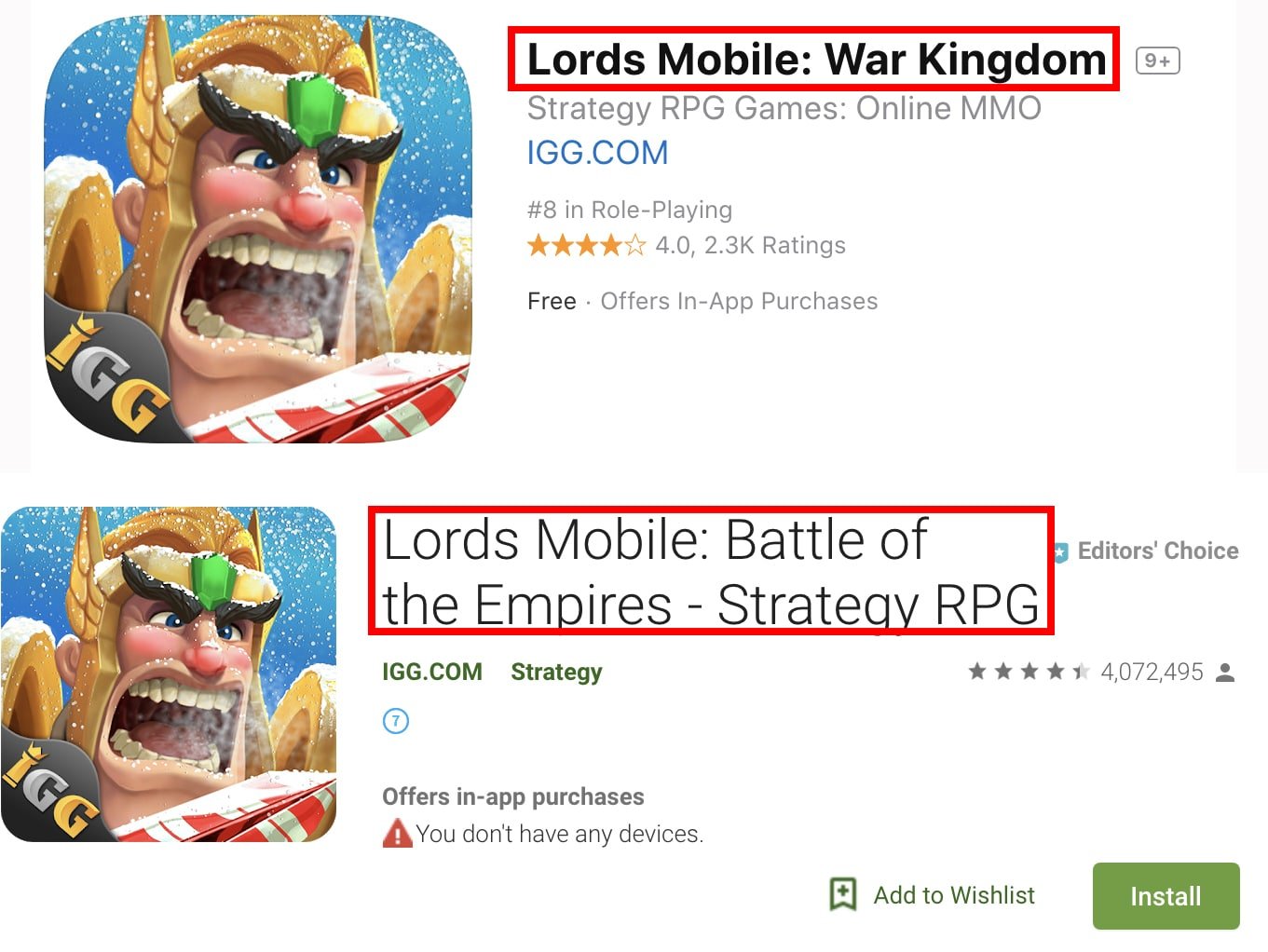 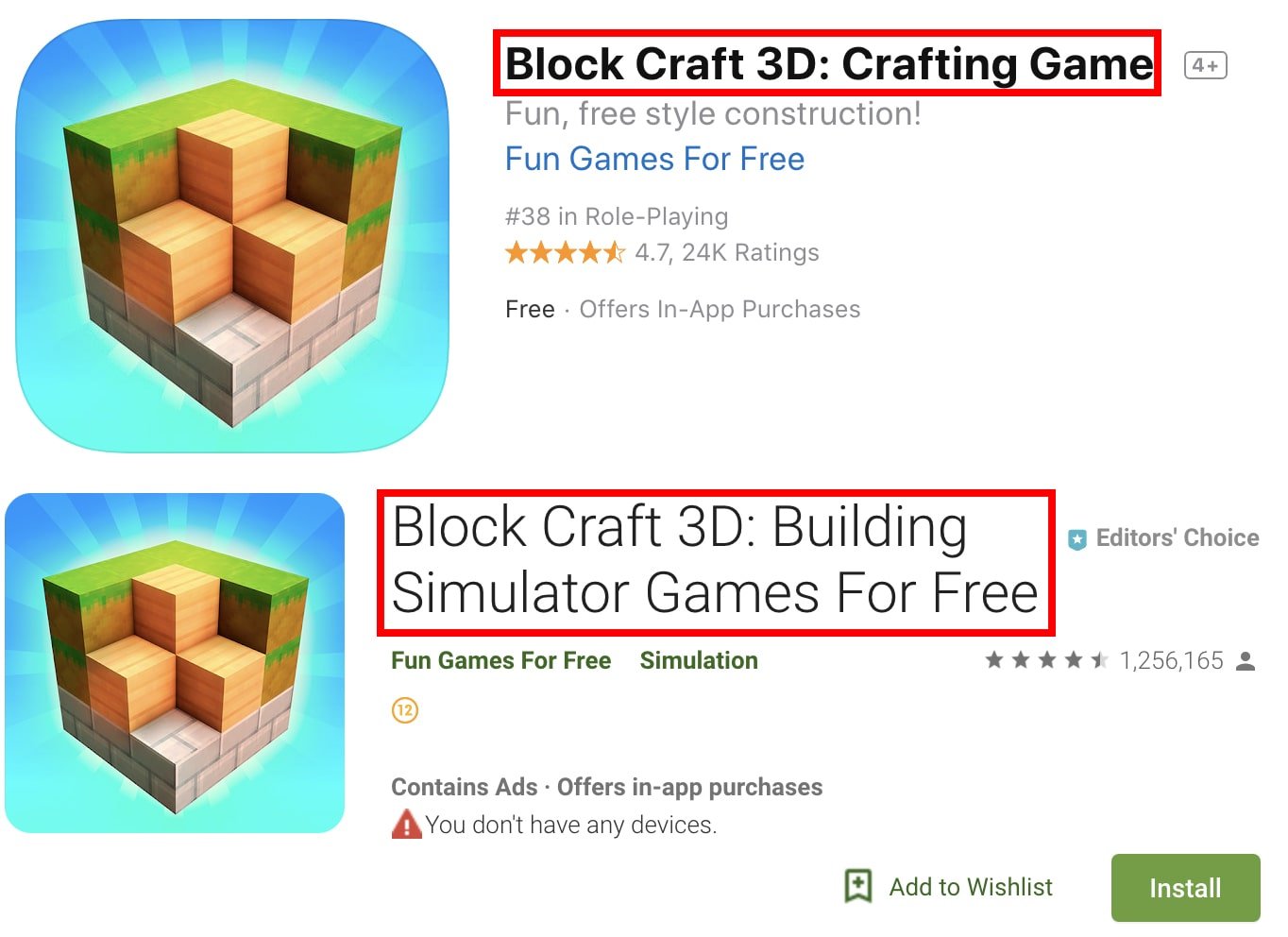 Tastypill, one of the most successful publishers in 2019 with such games as Spill It, Impossible Bottle Flip, Sling Drift etc, released a new arcade game named Pick me Up. Published on March

How many times did you look back to the past weekend or work day with the thought being that you haven’t even done half of what you planned? You wish you are