Top mobile publishers are facing the Middle East more than ever, according to Mobile Ad Analytics platform Apptica. One of the trends of 2019 in mobile advertising is a focus that is shifting outside of Europe and the Americas. The largest applications — the leaders of their categories — are now turning their attention to other markets: Latin America, Asia, and especially the Middle East.

GSMA predicts the Middle East and North Africa market to see the fastest subscriber growth by 2025, many countries in the region such as UAE, Qatar, and Kuwait have already reached the European level of mobile subscriber penetration. All this makes the Middle East one of the most attractive markets to invest in.

In April 2019, the total percentage of mobile advertising in the Middle East countries is 10,4% compared to only 3,46% in the same period of 2018. This is a significant increase compared to previous years.

This rate is based on data from the top 100 advertisers in iOS and Android, running an advertising campaign in 35 countries, including seven Middle East countries: Egypt, Iran, Kuwait, Qatar, Saudi Arabia, Turkey, United Arab Emirates. 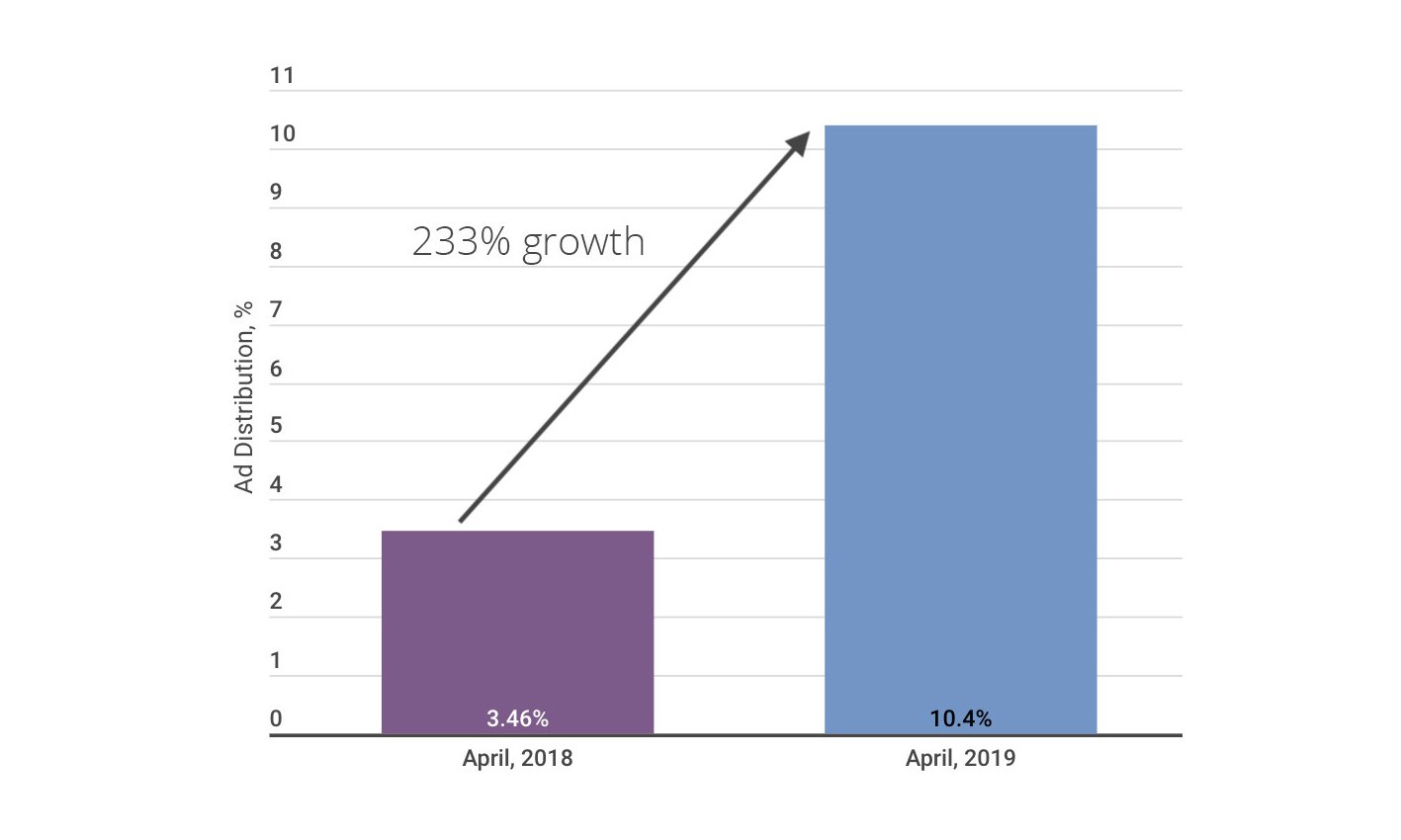 Kuwait, Qatar and Saudi Arabia are more attractive to advertisers, while Iran sees the least activity. 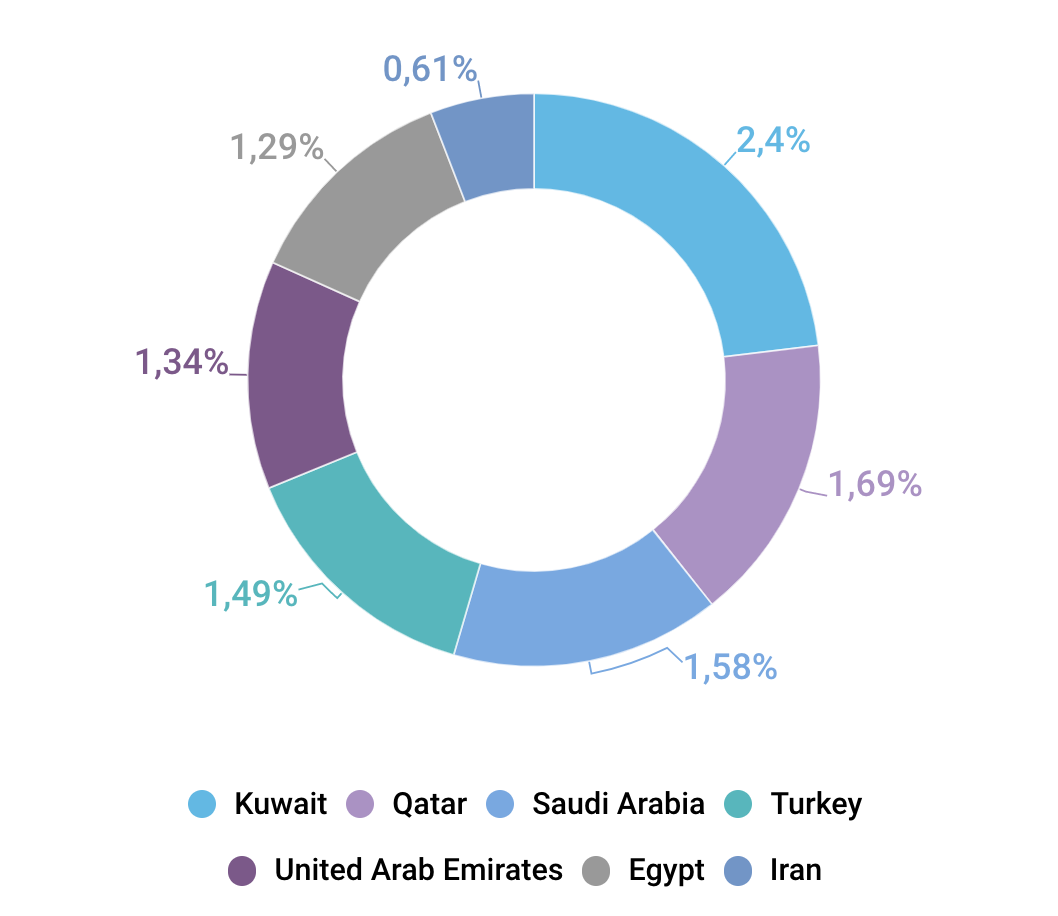 UAE is leading in terms of the number of creatives in rotation - 108 332 creatives per month.
For reference: in the US it’s 199 096, 117 790 in the Netherlands, 107 197 in Argentina and 94 574 in China. In other words, big publishers are already running advertising in the region, while it may seem unapproachable and unpromising at first sight.

Most actively advertised in the Middle East are gaming applications of casual categories and online shopping apps. Publishers N1 are Matchington Mansion (iOS) and Jollychic (Android).

It is also important to note that despite the fact that publishers spend a lot of resources on advertising in the Middle East, this region does not give a big return so far, in terms of the number of downloads of the application in specific countries, or the revenue of the app. The main trend we can see from these rates in the mobile field is that the majority of downloads fall on India and the United States, while the United States and China generate the most revenue. It is still difficult to estimate the paying capacity of this region compared to others (Latin America, Asia, etc). Is it possible that developers made a bad choice, or do they just need more time to master all the resources of this region?

Another advantage of the development of the Middle East is the fact that there are practically no major local developers in the region. The most active in the global market are developers from Turkey. For example, Good Job Games, which you may know from the games like Color Bump 3D and Run Race 3D is based in Istanbul. In the Asian mobile market, where China is very active, and where there are many local advertising networks, it can be difficult to penetrate the market and build businesses, while in the Middle East market there is no such local competition.

Creative Director for Playable Ads at Wooga, Tim Shepherd, told Apptica about his experience in creating interactive ad, shared some tips on how to boost conversion of playables, and confided the way to

Pinatamasters revenue in the US increased 638% in 5 days only, according to Apptica Mobile Analytics Platform. Released at the beginning of April, an arcade game by Playgendary reached Top Free Game Chart

Blog - Apptica
—
Mobile industry invest in the Middle East: ad spending has increased by 233%
Share this