The US is no longer the advertising leader in gaming category -
over the last month, Hong Kong ranks first.

According to Apptica Ad Intelligence, from June 11 to July 11
among the top 1000 advertisers of game category in Google Play, 18% were from Hong Kong. The US is coming next with 16,3%. 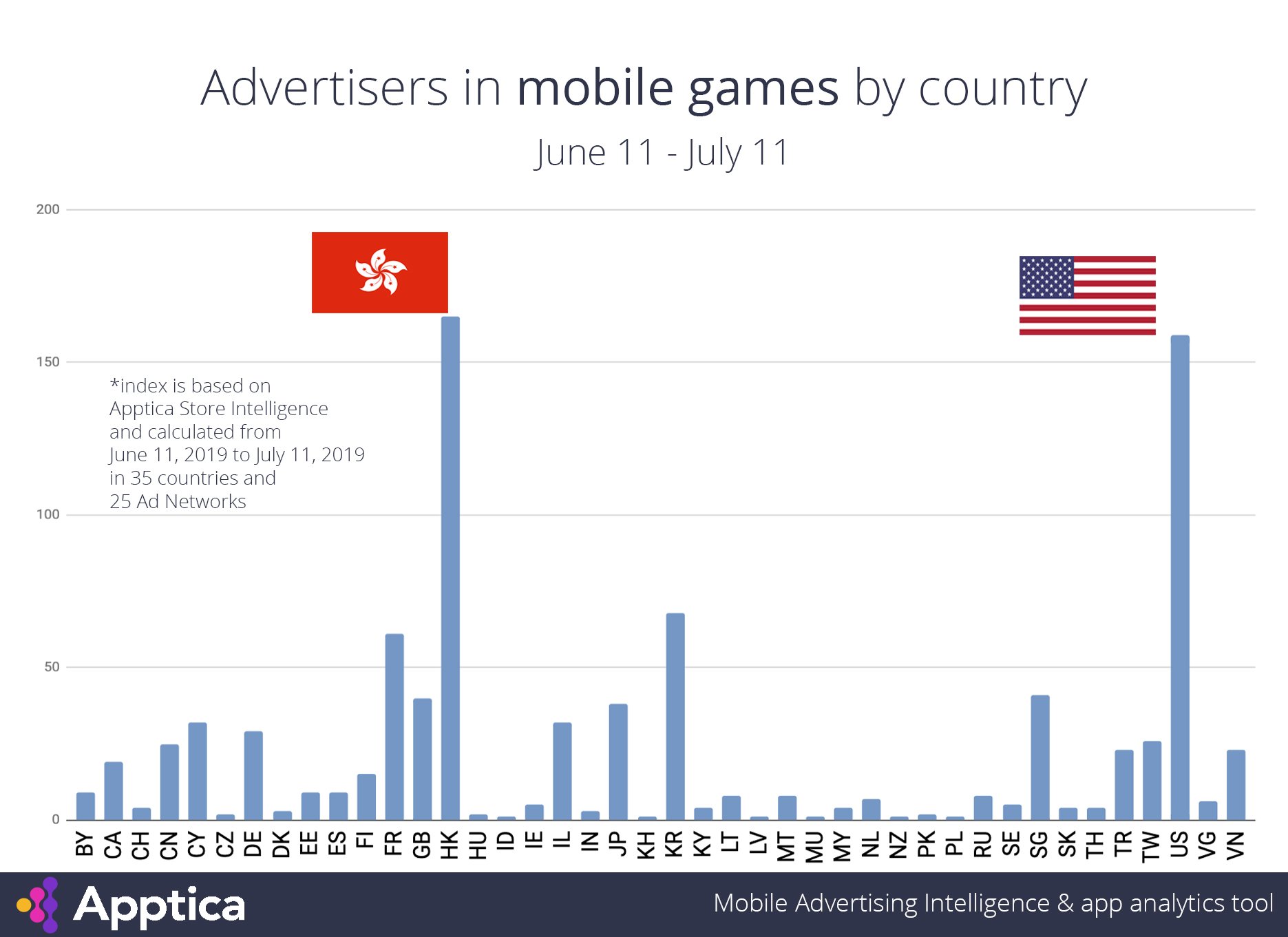 In terms of unique creatives, Hong Kong is ahead of the US by more than half. Over the last month, developers from Hong Kong have released 30 977 advertising creatives.

Hong Kong was known as an emerging market for games developers driven by high smartphone penetration and purchasing power but now it seems to become a huge and dynamic app developing market. Hong Kong is a multicultural territory with Chinese and English both official languages what keeps internationally-minded environment and a good ground for international business. Hong Kong games studios target not only Asian but also American and European markets. They tend to use international Ad Networks and Social Media as Facebook and Instagram. 8 out of 10 Hong Kong advertisers use Facebook to advertise games. Role-playing is the most advertised category. 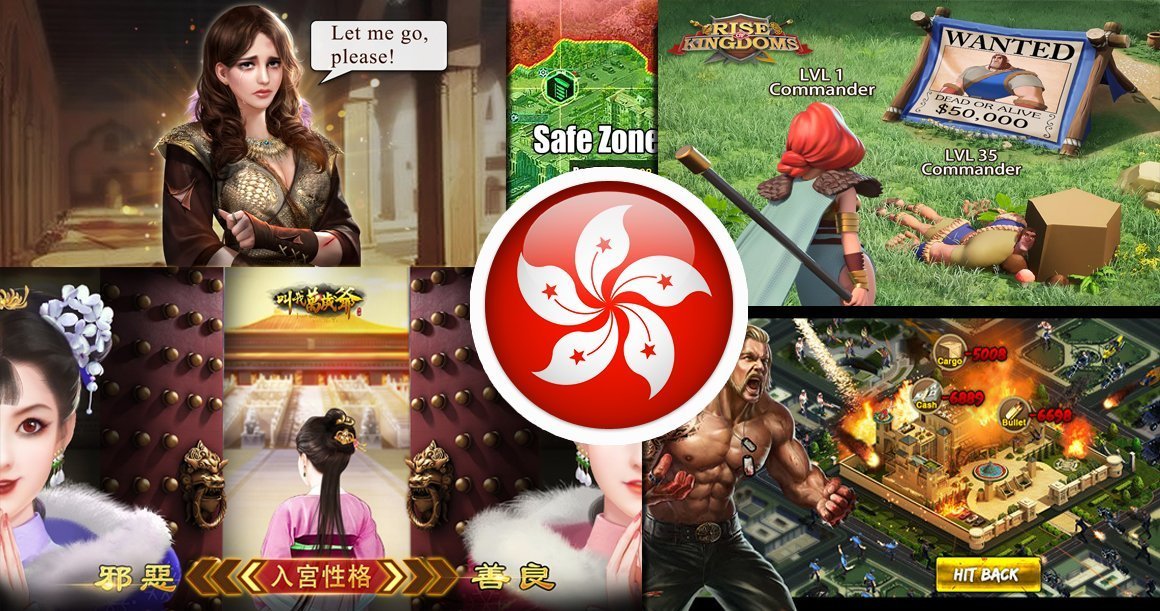 At the end of April, 2019 huge Russian publisher Playrix soft-launched a new puzzler game called Wildscapes. The gameplay of Wildscapes reflects other Playrix games such as Gardenscapes and Homescapes: it'a a match-three

Voodoo is a n1 Publisher worldwide in May 2019 in iOS and Android. Even considering that in Android Voodoo have 24 applications less than in iOS, it's still the best gaming publisher by