The finalists for the inaugural Mobile Games Awards 2018 have been revealed.

The Mobile Games Awards recognises the industry’s key players over the last year, from the developers making great games to the publishers, tool makers and service providers that are helping to build a platform for success.

After an extensive lobbying process and many hours of deliberation over the final shortlist, you can now see those who made the cut here.

We’re delighted to inform that Apptica has been named as a finalist in the Best Analytics / Data Tool Category for the Mobile Games Awards 2018! 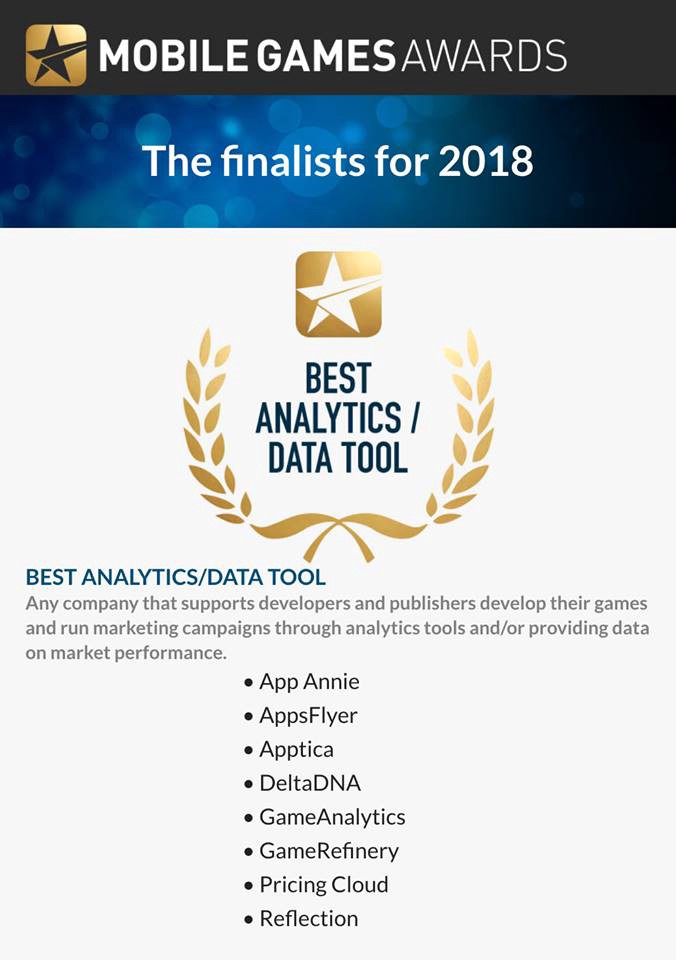 2018 is right around the corner and level of advertising competition is growing. To help you get insights of in-app advertising complex world and make effective strategic decisions Apptica.com has gathered, analyzed

Apptica is going out of beta! After months of hard work beta development is drawing to an end. Happy to present Apptica Ad Intelligence, that includes: Android & iOS Platforms Thousands of Apps