It’s all well and good having the world’s greatest app that you’re ready to launch, an app that you think will change the world, or the way the world works in a quick and succinct manner. The truth is, most apps don’t actually make it off the ground at launch, and many of them don’t even last a year.

Having users interact with your app or having them be part of a journey makes for revenue generation and allows your app to be marketed. It’s also social proof that users consider when downloading it. According to a Gartner study, 42% of apps will fail for not having researched a market need. There are some other reasons such as weak product, or badly timed launch, but the main reason is your market.

In addition to that, between 80 and 90 percent of mobile apps are abandoned after a single use. These same apps can lose almost 80% of their daily active users within 3 days of installation. User acquisition is essential in mobile app marketing and forms part of what we’re discussing when launching your app.

Hubspot tells us that consumers just don’t trust business anymore, and marketing, as a result, has become more expensive. It costs anywhere between 5 and 25 times more to acquire a new customer than it does to retain one that you already have, so your initial goal should be to get users quickly, and then hang on to them.

Make Some Kind of Statement
Ensure that everything you and your app does, is something that people will want to do and see. Why should people use your app? What’s good about it? Have a message that works and one that people can relate to.

Cast a Wide Net
Before you launch, you should promote in as many acquisition channels as you can. This will allow you to find the best ways moving forward, once you launch, so you can focus energies there.

Implement a Mailing List
Everyone still uses email and according to OptinMonster, Email is the first thing that 58% of Americans open when they wake up and this app user data is important. Statista also shows us that hundreds of billions of emails are sent and received daily. Use email wherever possible.

Use Social Media Where Possible
Everywhere else, use social media. Those on email are on social media too and studies show that when people see something twice in two different areas, they’re more likely to look at it.

Word of Mouth
It’s not easy to prepare for word of mouth, but it’s also one of the most trusted forms of user acquisition. Give people a good experience and you’re bound to make a success of things.

Measure and Capitalize on Metrics
You must make sure that you’re measuring your own metrics in marketing. This is the key to acquiring users because you can see for yourself what works and what doesn’t work. From there, use the positives and get rid of the negatives.

Aspire to Go Viral
Everyone wants to go viral and it’s just not possible. Aim for it, but don’t plan for it. If it happens, then that’s amazing for you and your app, but if you don’t, don’t feel like your app is destined to fail.

Of course, there’s always the option of paying for some user acquisition. There’s obviously nothing wrong with this, but sometimes it may be as genuine as you’d have hoped. This could include attracting the wrong kinds of users, or perhaps just getting mass amounts of bots. This is in no way the best and most functional way to boost the brand, but one that shouldn’t be overlooked.

Make a Video
Video ads are fantastic and by their nature, are more engaging than other forms of acquisition. As long as your video is less than a minute long, you should be able to capture the attention of others quickly. Ensure that whatever medium people use, it will have support for mobile. This is not a once-off, as it will enjoy returns constantly, but will need to speak to the right market constantly.

Campaigns at a Burst
At a burst, these marketing campaigns happen quickly. They’re also expensive, and you will burst information about your product out there, gaining a lot of acquisitions quickly. From there, it’s down to you to make sure they all stick around afterwards.

Hire
Even once you’ve made big progress in user acquisition, hiring a manager is never a bad thing, if you can afford it. IT will put an expert in your place who is able to make decisions when needed.

Having repeated users and finding those users in the first place is one of the biggest issues that app developers face. Before you decide to throw your app out into the ether, make sure you’ve carved a nice pathway for the app to move along. 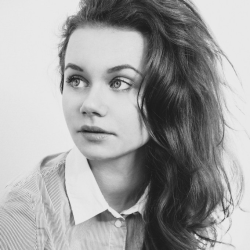